The Experts in Cryotherapy in Monmouth County 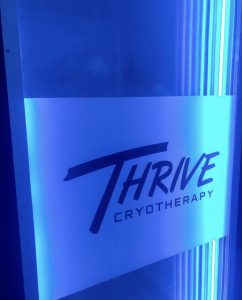 They host a wide range of recovery techniques whether it be treating an athletic injury to improving performance. Thrive is geared up to showcase their wide range of talents and specialties. Through their time in business, Thrive has continuously sought out the latest and greatest recovery strategies to bring to their clients. The team’s latest innovation is its use of cryotherapy or “cold therapy”. Cryotherapy hosts a wide range of health benefits and is promoted by celebrities, such as Mark Wahlberg. Benefits include improving the regeneration of cells and reducing muscle inflammation.  Thrive’s Spine & Sports Rehab are experts in cryotherapy in Monmouth County through their use of a full-body electric approach.

Cryotherapy is traditionally done by exposing one’s body to extremely low temperatures for a relatively short period of time.

The process itself is not a new one by any means. It was a common form of treatment used back in the time of the Ancient Greeks. Overtime, cryotherapy has been transformed and has spread all over the world due to its use as an effective form of treatment. 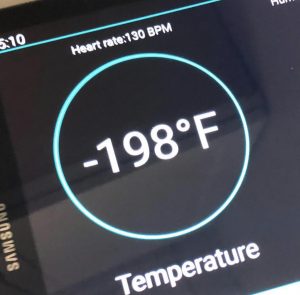 The standard strategy used in cryotherapy is by using liquid nitrogen. However, this is not a technique that the Spine & Sports Rehab endorses. Thrive’s electric approach is a much more effective form of cryotherapy. They drop the temperature to somewhere between −110°C and −140°C. for roughly only a few seconds. The whole-body exposure activates the Central Nervous System and numbs any nerve pain in the process. Electric cryotherapy produces almost immediate results by allowing the skin, muscle, and core temperatures more rapidly than other techniques.

Multiple sessions are encouraged for long term success, but benefits can be felt after only one.

Uses are not just for athletes, they can also help other individuals by alleviating symptoms such as migraine and arthritic pain. Another benefit is that it can trigger physiological responses by releasing adrenaline, noradrenaline, and endorphins in the brain. The three of these chemicals are mood-boosting hormones that can help lessen feelings of anxiety and depression. A case study found that 30% of participants who used electric cryotherapy had better results than the alternative. 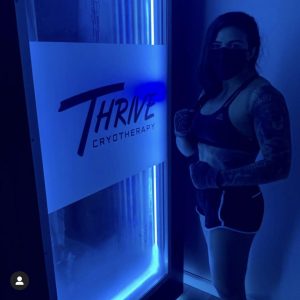 Electric not only provides a more effective treatment over traditional nitrogen but, it is also a much safer alternative. By exposing the body to liquid nitrogen, one is allowing themselves to inhale fumes that can be toxic. Nitrogen cryotherapy has been shown to cause forced air burns and other respiratory issues. Electric cryotherapy uses freshly oxygen air, similar to that of a refrigerator, and has been safely tracked over a database with no reported incidents to date.

Thrive’s experts bring this latest innovation to their cryotherapy in Monmouth County allowing for a safe and effective form of treatment for a variety of conditions. The team provides the highest level of care and is dedicated to allowing the body to utilize its natural recovery processes. Electric cryotherapy is cutting edge and is sure to be the most innovative technique taking cryotherapy to new heights.